The new children’s play area was opened in March, but the grand opening had to be cancelled owing to the coronavirus pandemic. Unfortunately, it was only open for a few days when it had to be closed again until further government notice.

In July government guidance allowed owners and operators responsible for playgrounds and outdoor gyms to have discretion over when they consider it safe to open, so that they can open them in a way that is safe and minimises COVID-19 transmission risk. The PVHMC has been following government advice and
preparing for the safe reopening of Piddington's play area.

At the end of July the play area was thoroughly cleaned and a novelty children’s hand sanitiser, 'Lucy Ladybird', was installed at the entrance. The area was officially opened on 3rd August.

Please make sure you download and read the rules above for using the children's play area during the pandemic. These are in addition to the normal rules for play area use. 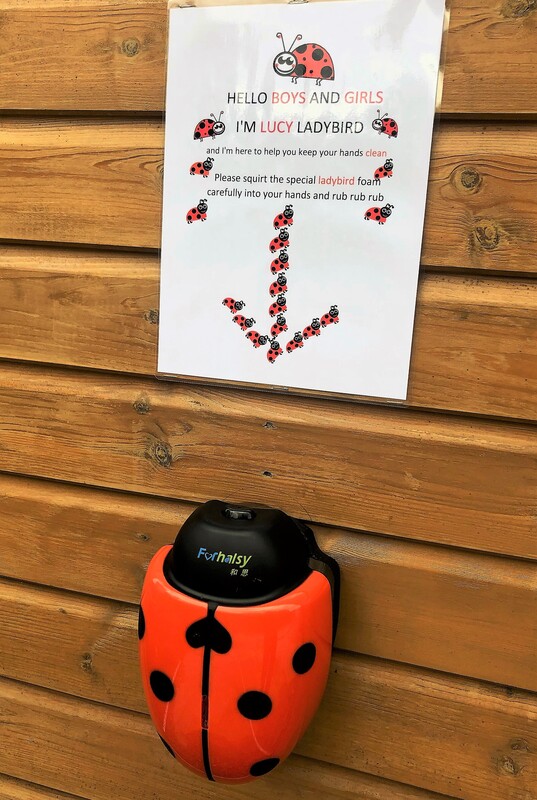 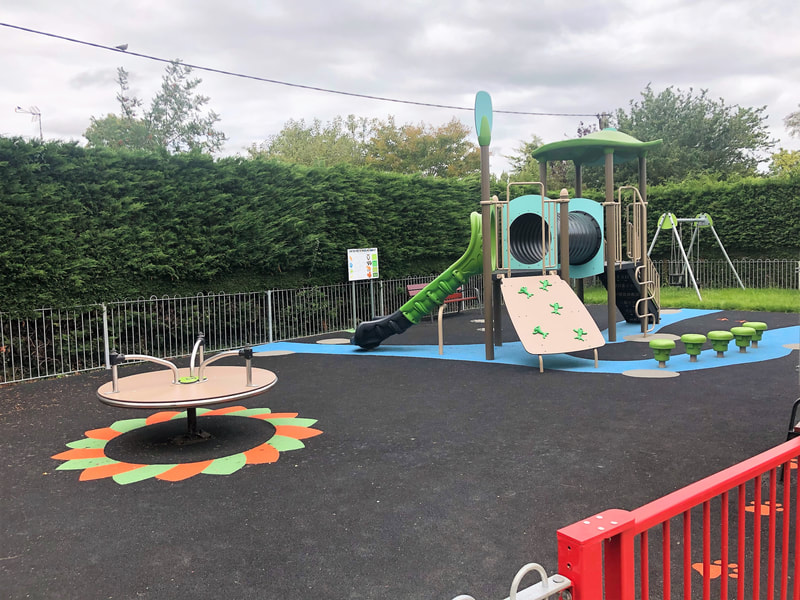 Below are the results of the Bake Off and a message from Morwen Ashton, who organised the event to raise funds for the new children's play area. Morwen did a fantastic job, along with all her helpers, and it was a lovely village occasion - very well-supported despite the sudden appearance of summer on the day!

Thank you to everyone who took part, baking, helping, judging and cleaning up on the hottest day of the year.  You have raised £393 towards the play area for the village hall.

After a lot of deliberation and empty plates the results are:

You have proved PIDDINGTON CAN BAKE!

Below are some photos taken by Kim Elliott. You can see more on the Piddington Village Hall Facebook page - including many of the impressive bakes.

Olivia had a fundraising table at the Christmas Pantry and, thanks to customers and villagers, managed to raise £212 for the playground through a combination of kind donations and contributions to the doggy raffle and purchase of gingerbread men. The Pantry team have pledged a donation of £500 towards the work.

In addition, a surprise donation of £500 has been made by the organisers of the Ludgershall Bike Night which is a huge help towards the £45,000 target. To date Olivia has managed to raise £4000 since August including money raised from the first Piddington Dog Show held at the playing field and Ukulele Night. However, the majority of funding will come from grant money and Olivia and Mario have already begun preparing applications for submission in the new year. The new play area has been designed by Proludic and the village hall have kindly agreed to extend the area to include more facilities.

The play area at the back of the village hall has now been dismantled.  A small team are now trying to raise the funds needed to replace it.  Over £1500 has been raised at village events so far, which is a huge achievement.

A group of parents have now taken over responsibility for the play area behind the village hall, and the current climbing frame was removed in September. The group would like to hear from villagers regarding the type of equipment they would like to see installed (the maximum age being 6-8 years). Olivia Barrett has started to work on a plan for grant submissions and would like to hear from all those parents and grandparents who have used, or continue to use, the facility. Also, it would be very helpful, if you have the time, to put a few comments in writing about why you think the playground matters and what it means to you and the village. These sorts of comments can be included in any grant applications we may make, and can help increase the chances of a successful bid. You can either write to Olivia, at 21 Ludgershall Road, or email her.

The first Pidnic in the Park was held this month in Widnell Park, and raised a substantial sum for the refurbishment fund for the children's play area.